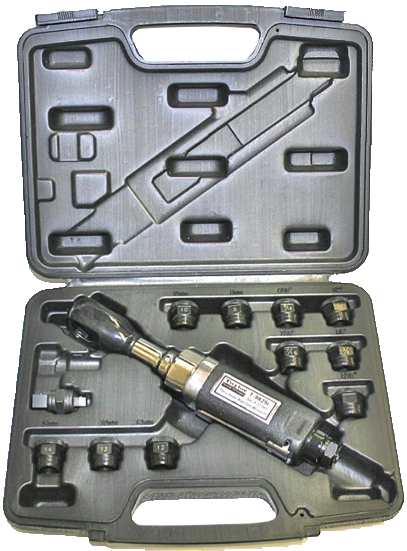 The beauty of the T-9825 is twofold. On one side the drive is 1/4" and 3/8" on the other. Just the remove drive and flip it around. Use Reverse by placing the retainer on the opposite side of the tool. The second part is that a set of 10 sockets is available that fits directly into the tool, leaving the center open so that a threaded rod or long bolt passes through.

The T-8829 is a super stubby 3/8" Ratchet Wrench that fits in the palm of your hand. A 1/4" Apex screwdriver bits. The convenience of this tool is hard to believe, reaching into places like no other. Also available with 1/4" anvil as the T-8825. (This tool does not have the capability to hold Apex bits.)

Ratchet wrenches are exceptionally good at doing the job they are designed for - removing fasteners after they have first been loosened. It is important to keep the ratchet mechanism clean and free of sand and grit. Sand will wear out the ratchet mechanism and cause premature tool failure. Use an air blow gun to clean the head after extended use. 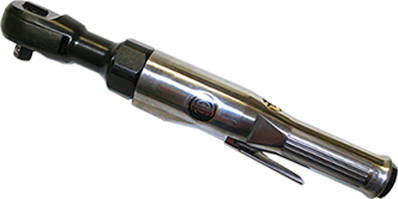 Our Sales Team is standing by to help you with your order or questions about the Taylor Pneumatic Tool Product Line. Give mdi a Call Today!

We are available via phone Monday - Friday, 8 AM to 7 PM (EST), including most holidays. You can send an Email or Request A Quote anytime!